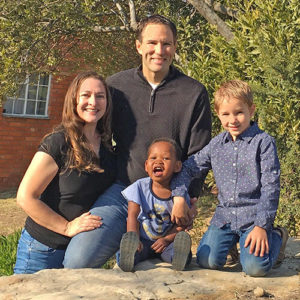 Bryan and Mari Eygabroad are serving in Lesotho, South Africa with MAF.

Bryan has been serving with MAF since 2008. He received some of his preparation flight training at MATA. In addition to the transport of missionaries and pastors to remote villages, Bryan has been involved in emergency medical transports and has helped in the delivery of several babies. Bryan and Mari were married in 2012 and now have two children: Matthias (6) and his adopted sister, Isabella who is 2.