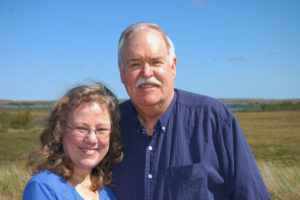 Bob and Margaret Lee are serving in Naknek, Alaska.

Bob and Margaret Lee serve in Naknek, Alaska. Bob is a pastor and the KAKN Christian FM radio station manager and Margaret is a teacher in the Naknek school system. They served as missionaries in Bangladesh from 1981 to 1997. Bob is a 2010 graduate of Association Free Lutheran Seminary and began his service at KAKN in June, 2010. They have 4 children who are all married and 10 grandchildren. The Lee’s son, John, is serving in Brazil with his wife, Hannah. Also, Bob and Margaret’s daughter Ruthie Lee Wagner and husband Josh, are serving in Sierra Leone, Africa.